Alexandra Balohoutis, the nose behind Strange Invisible Perfumes, has relaunched her Perfumes of the Zodiac collection. First off, I want to say how much I love the new bottle. It embodies simple elegance, and feels substantial and weighty in the hand. I don’t think I would want to risk this gem bouncing around in my tote bag, but it is a suitable size (15ml) for travel if handled with care.

END_OF_DOCUMENT_TOKEN_TO_BE_REPLACED 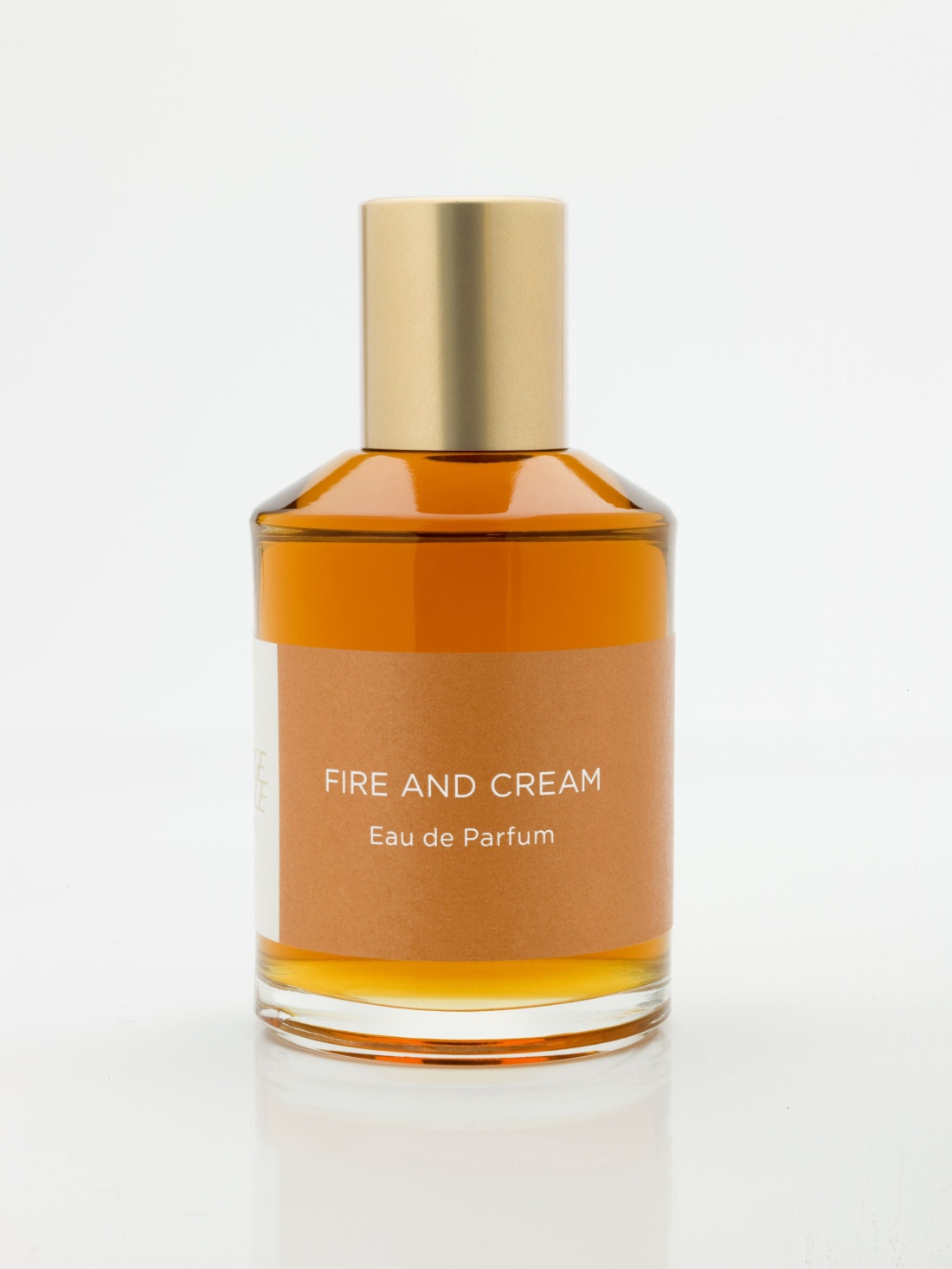 Fire and Cream launches today, the newest fragrance from Alexandra Balahoutis, perfumer and creator of Strange Invisible Perfumes. The name Fire and Cream is not so much descriptive of the perfume, but rather of Ms. Balahoutis, as she created this fragrance for herself. Yet, Fire and Cream not only alludes to her red hair and pale complexion, it also refers to the sky one summer evening when Ms. Balahoutis looked at what must have been a gorgeous sunset and thought, “The sky is full of fire and cream.”

Fire and Cream begins with heaps of pure orange, and a healthy dose of herbaceous white lavender. Both hydro-distilled orange and orange blossoms are in the top notes, allowing for a luscious mix of rich citrus, sweet blossoms and aromatic lavender. The herbal quality continues into the heart of the fragrance where frankincense and tuberose enter the picture. I confess that my nose did not pick up these individual notes, (they are listed on the press release), but I did sense resinous and mildly heady after about an hour. I also took note of vetiver which is listed as a base note, but mingles unabashedly throughout the fragrance hierarchy. In fact, Fire and Cream reminds me of Magazine Street with its similar vetiver vigor, (blended beautifully with vanilla) but Fire and Cream is toned down on the sweetness and turned up on the herbaceousness.

Another similarity to Magazine Street is the well-mannered patchouli dry-down that gives both fragrances an earthy yet smooth base. Fire and Cream still remains much more aromatic than the more confectionary Magazine Street, and I do believe it would wear very well on a man. In addition, the drydown comes full circle with a glimpse of its lovely orange opening. Alongside sandalwood, the final unfolding evokes petitgrain, an essence which can easily be worn by a man or woman.

Fire and Cream also seems to be one of those fragrances that will move effortlessly from season to season. The citrus/lavender duo is not overbearing in its liveliness and the patchouli/frankincense/tuberose triad never becomes a heavy floriental. All notes are well-balanced and being a fan of Magazine Street, I am enjoying that it feels like a familiar favorite, but is different in its cologne-esque edge.

So is there fire and cream in Fire and Cream? I’m not sure the name befits the juice in the literal sense, but I do love the fragrance itself and the story of a stunning sunset as its inspiration. But I’m certainly no red head with a pale complexion. I’m a brunette with brown eyes and olive skin. So Alexandra, you’re gonna have to move over…Fire and Cream is mine!

Leave a comment and you will be entered in a giveaway to receive a sample of Fire and Cream direct from Strange Invisible Perfumes. There will be two lucky winners! You will have until Sunday September 20th at 10pm Pacific time to enter. US entries only this time. Good luck! The winners have been chosen.

Strange Invisible Perfumes is committed to respecting and preserving the earth. Its practices as a company, boutique, and manufacturer are vibrantly green. All products are authentically pure and natural. They are completely free of synthetic preservatives, genetically modified ingredients, parabens, petroleum, coal tar, and industrial phthalates. While sincerely recognizing the value of organic certification, Strange Invisible Perfumes adheres to its own standards of purity and authenticity, which are arguably far more rigorous. The company aggressively pursues ingredients that are organic, fair trade, wildcrafted, and biodynamically cultivated, with every ingredient satisfying at least one measure. All perfumes are set in a base of 100% organic grape alcohol. Ecologically sound packaging reinforces its green stance.

Fire and Cream is available at Strange Invisible Perfumes